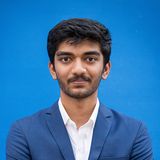 The youngest of the young guns

Gukesh was getting better and better, he was running out of opponents. "If you want to get really good, you have to go to Europe, play tournaments, make norms," the experts advised. So Rajini Kanth, Gukesh's father, gave up his practice. From then on, he was no longer a surgeon, but the companion of his highly talented son, who traveled from tournament to tournament to become better and better at chess. They started traveling in 2018, the year Gukesh won the U12 World Championship in Spain.

Gukesh has gotten very, very good, and he's still getting better. In 2019 he was 17 days short of his third GM norm to become the youngest grandmaster ever – a nice story, but an old hat as well. These days, Gukesh has long been collecting his records in other categories: When he beat Magnus Carlsen in a rapid game in October 2022, he became the youngest chess player to do so since Carlsen's reign began.

Despite being so exceptionally good, Gukesh is nevertheless mentioned in the same line as the other boy prodigies of his generation: Praggnanandhaa, Abdusattorov, Keymer. But there is one major difference from the others, his way of working. Gukesh hardly ever worked with engines, almost exclusively with his head. "I can find the best move on my own," is always his attitude, reports Shagar Shah, head of ChessBase India.

In Düsseldorf, Gukesh, at 16, will be the youngest even of the young participants. But certainly not an outsider. In terms of rating, he's even the best of the quintet of youngsters who want to give the established players a run for their money. 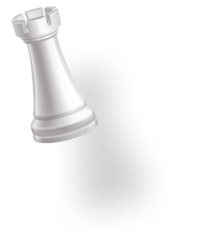